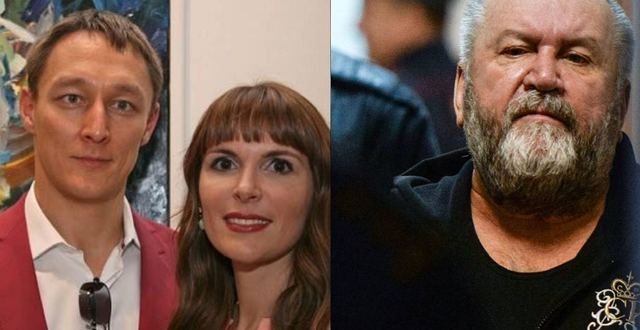 He immediately declared his desire to create in Kuzbass  the largest in the region coal  holding  on the basis of the property of  arrested Shchukin. This piece of news was rather shocking one, due to the fact that Uzbekov  was to Shchukin not the worst competitor, but son-in-law. 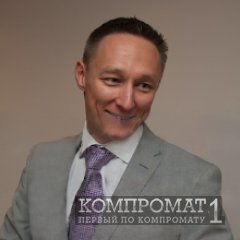 
How duties are segregated  in the family

Unlike Alexander Shchukin, who permanently lived in a rural residence not far from Novokuznetsk, a businessman with a Central Asian name and surname prefers not to appear in Kemerovo region at all. He demonstrates  extreme caution by avoiding mentioning his relation  to the coal assets of his father-in-law. At least, he does not issues any shares of mines. The role of Uzbekov in the family business was reduced to the money laundering. It is how European businessmen  used to  define management of financial flows and investment activities, and  regarding the fact that  Ildar Uzbekov has considered himself a member of the European business community for a long time already, it is successful definition for what he was doing. Uzbekov has never had any relation to production activities that took place in the Siberian territories. Thus, while  "Papa" Shchukin earned money, his son-in-law was looking for options for a profitable investment of finances. Of course, not  in Russia, but in the West. It was what the former owner of Kemerovo mines wanted. Since 2011, he has purposefully withdrawn his earnings through Switzerland and Cyprus to London, where they were controlled by the son-in-law as a trustee.

Alexander Shchukin got stuck seriously. In addition to the illegal transfer of money to offshore companies, he is charged with tax evasion, and most importantly - fraud with fake bills, with which he extorted a portion of the shares of the “Insky” coal mine from the owner. An elderly businessman is facing a very real 15 years in prison. The investigation was conducted by the Main Directorate for Economic Security and Anti-Corruption of the Ministry of Internal Affairs of the Russian Federation. Shchukin has been  waiting for  the start of trial, but before the sentencing, the entrepreneur has already received rather tangible  blow to his property. In particular, while he was under the investigation, a network of several dozen “Centroprodservis” food stores was sold out. Following that  number of his autoshows stores have also changed the owner. Among his non-core assets, which are still in his ownership,  there is some agricultural land and a share in the regional commercial bank. A team of Moscow lawyers, which was called upon to help by  Shchukin’s  son-in-law, appears to be extremely expensive. Shchukin continues to be the chairman of the board of directors of Polosukhinskaya Mine OJSC, and owning Siberian Coal Industrial Company JSC. The latter one  was previously known as “Koksovaya-2”mine. Besides of that his wife is a formal owner of  “Gramotinskaya” mine, but all the threads of coal mining assets are drawn not to the remand prison, but to a faraway London. 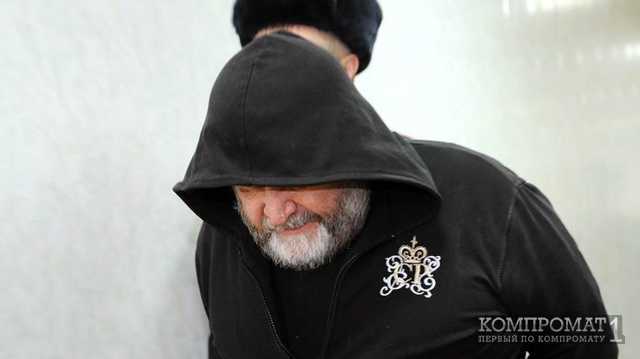 Alexandr Shchukin being under investigation


Life of the “steppe son” in Albione

lldar Uzbekov is the son of a successful Kazakh businessman Fuad Uzbekov, and his grandfather Minir was a famous Soviet geologist. In 90s his father succeed in earning the capital due to  the export of Russian and Kazakh hydrocarbons abroad. Evidence to his stormy business activities in this field were found in scandalous documents, known as Panama Papers much later. Tender  father sent his son to get in mind to British universities. It is where Ildar  settled  and got citizenship of the United Kingdom. He started his own business by helping his father to transfer money through offshore channels. Uzbekov Sr. turned out to have rather many partners connected with Gazprom and interested in the proposed by the young man service. Everything continued by the fact that Ildar Uzbekov began working simultaneously in a dozen companies, representing the interests of his father and his friends in the UK and in Cyprus. At the same time solely on the business ground, he got acquainted  with the rich coal producer from Kuzbass, who had close ties with the permanent head of the region, Aman Tulyeyev. Communication with Shchukin family was continued. In 2009, in the same London, Ildar Uzbekov got married with Elena Schukina, daughter of the owner of Kuzbass mines. The spouse stayed with her husband on the banks of the Thames, and devoted all her time to the acquaintance of  British with the great Russian culture. Thus, Elena Shchukina is the owner of an expensive art gallery, valued at £ 3 million at the time of purchase. Evgenia Shchukina, mother-in-law of Ildar Uzbekov and formal owner of “Gramotinskaya” mine,  also lives with the newlyweds in London in  a four-story mansion purchased for £ 13 million. Family prefers to spend the holidays in August on the Cote d’Azur Mediterranean. In Monaco, Shchukins bought a cozy apartment of 1600 m²! Father-in-law usually has no time and opportunities for the rest an reflections on art collections. He is always plunged into work. 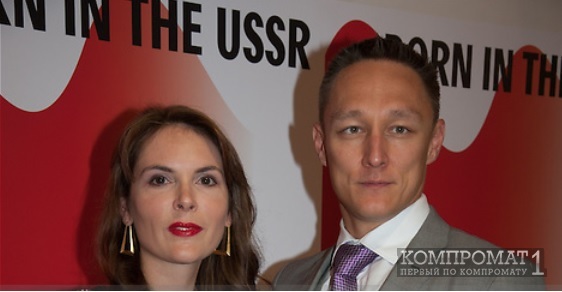 
In the arms of crooks

According to authoritative all over the world Forbes, Alexander Shchukin managed to earn only $ 500 million. However, much more money went through the hands of his son-in-law. In the end, this was the cause of the collapse of the “coal king”. Since 2011, Shchukin put a cross on  investments in Russia. All profits were forwarded to the UK, where Uzbekov, using Fern Advisers Limited, a company that managed family capital, looked for profitable projects. The financial flow turned out to be colossal and could not help but attract attention of local rogues. One of them, the ex-employee of the British Foreign Ministry, Adrian Berford, promised the “golden mountains” to Uzbekov, but in fact “threw” him at £ 11 million. The young businessman, educated in the European spirit, did not put him on the counter, but went to court for truth. The meticulous British judges not only investigated the fraudulent actions of the Queen’s citizen, but also revealed the full scope of the capital flowing from Russia thanks to the underground billionaire Alexander Shchukin. According to testimony of Berford, Uzbekov intended to invest about € 1 billion during 5 years. The details of the court proceedings quickly became public. Then the tax authorities and Rosfinmonitoring in Russia became seriously interested in the personality of the Kuzbass billionaire. The path of the "coal king" money to the UK went through Cyprus. In 2011-2012, the family enterprise paid 3.3 billion RUB as dividends to the Cyprus company Bryankee Holding Limited, whose general director was Shchukin himself. He simply transferred money from one pocket to another, only the latter was outside of Russia. The entrepreneur  did not particularly go into the details of carrying out multi-way financial operations, giving Ildar Uzbekov the right to make decisions. In Cyprus Uzbekov has hired a chargé d’affaires, financier Alexis Tsielyepis. Another channel for the transfer of money has been owned by Fuad Uzbekov British company Utility Aid Limited, where Ildar   became a manager as well. Officially, the company operated in the form of consulting charitable organizations on how to reduce energy consumption. As a charity, the money from Russia came on its  accounts. Having dug a little deeper, Russian investigators saw all the ugly aspects of Shchukin’s business, including his obvious “raider” past. Together with a businessman close to the body of the ex-governor of Kemerovo region Tuleyev, already the former head of the regional Investigation Department of the Investigation Committee of Russia  and two former vice-governors will be also  on the dock. 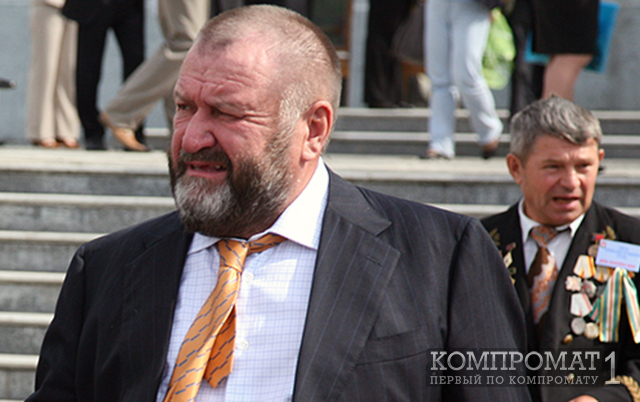 While Shchukin was weaving a corruption network, Uzbekov in London, from day to day was  working on arranging the family capitals in all the meanings. His company Bishop’s Avenue Management Company Limited took over the management of expensive real estate, but apparently it was only a cover for the "laundering" of illegally obtained capital. Ildar Uzbekov appointed some Romanian as director of the company.  This person  had close ties with Ukraine, from where, through Saudi Arabia and Qatar, the delivery of accumulated stocks of Soviet weapons to Syria was carried out. Uzbekov clearly had a passion for “hot spots”. For the time being, another  company, Assaye Risk Limited,  protected oil fields in Somalia, where an ordinary European person will never appear. In fact, explanation to that is rather simple one. Kazakhstan has always had a strong influence through the UN core committee on a part of the Somali local combatants and warlords and Uzbekov Jr. just used his father’s connections in his historic homeland to earn money in Africa. In the legal business, the graduate manager has not achieved much success. Most of his endeavors ended up in a complete failure. Losses always were written off by his father-in-law, fully trusting him. Through the Cyprus company Zam Service Ltd, Ildar Uzbekov, tried to build a biodiesel production plant in Canada and then intended to buy a ready-made factory in Norway, using for all these activities  $ 20 million exported from Russia. Money has disappeared, while Shchukin has never acquired any foreign assets. Though there was one more appeal  to the court against another fraudster, Arieh Mazur, who cheated the union of   Shchukin and his son-in-law. In the case of Adrian Berford, money was used to meet the personal needs of an intermediary. In the case with Arie Mazur planned  plant was finally built, but the gullible Siberian oligarch did not get any share in it due to his son-in-law, while Ildar’s father, Uzbekov Sr. became one of the owners of the enterprise.

The behavior of Ildar Uzbekov leads to argued  suspicions of his strong interest in prisoning  Alexandr  Shchukin for a long time. He simply “merged” him, immediately inviting all the business partners of the former “coal king” to deal only with him. Ildar Uzbekov has already had experience of backstage activities. It is known that since 2010 he has become a client of Stratfor. All over the world, it is known as the “private CIA”, which collects confidential information that is very much like  to be real intelligence data. Father’s and father’s-in-law  connections in Russia have made Uzbekov Jr. a valuable source of information. Ildar Uzbekov bears the nickname Ildootch and has acquired  the status of a privileged agent with an increased level of security. Stratfor is engaged in the preparation of analytical information on various issues that are willingly bought by private companies and government agencies of various countries. It is possible that the sensational report on the "erosion of Gazprom" was prepared with his participation. Illegal financial transactions leaded Shchukin to be prosecuted, but for some reason Ildar Uzbekov’s participation in all these activities  did not raise  any interest on the side of  foreign law enforcement authorities who were ruthless towards corruption. It seems, he has already managed to build a roof for himself in London.